Mill on Wheels is operated by husband and wife team Chris and Amy Carroll. Our philosophy is simple: We believe trees have value. Sometimes even sentimental value. There’s nothing quite like bragging that the flooring in your house or that farmhouse kitchen table was made from that old oak tree you used as first base when you were a kid.

Our service and expertise make it easy for you to honor that special tree and turn it into a family heirloom.

How He Became the Woods to Goods Expert

As a boy, Chris loved trees and all things wood. Chris also loved his dad and followed him everywhere. One day, he followed his dad and Uncle Scott to an old saw mill building where they were to take apart the mill. Being a little guy (even now), everything seemed larger than life! He stared in awe at the huge circular metal blade, admired the stout hand-hewn beams supporting the building and kicked the mounds of sawdust on the floor, sending flurries in the air.

As his dad and uncle delved into their task, Chris watched in wonder as the two men disassembled the massive blade then took apart the gears, belts and pulleys. They even let Chris use a hammer to pull nails out of the wood. He loved it! So much in fact, he made it a habit.

Every day, he’d go into the woods to scrounge for saplings and other small trees. Chris would use his Boy Scout hatchet to cut the tree then use his hammer and nails to make forts, fences and all kinds of cool projects. The older he got, the bigger the projects became. His skill grew with age until the boy became a man.

Because he was so good at building things with wood, he was hired by a general contractor. From tree houses to full-size houses, for the next twenty-five years Chris built them all, perfecting his skills along the way.

The Day Chris Became a Sawyer

That changed when Chris arrived to work on a house and found someone new already at work. His name was John and HE had a mobile mill sawing trees into lumber. Instantly, Chris zoomed back to when he was four years old, standing in that old saw mill building. From that day forward, Chris built houses during the week and helped John mill lumber on the weekends. The day finally came when the economy tanked, new construction stopped and Chris was laid off.

Because he had spent his life turning trees into something beautiful, he decided it was time to be his own boss. He enrolled in the NC REAL program, taking every class they offered. He networked, bartered and worked hard to become the go-to guy for custom woodworking. His commitment paid off when the Rural Center of NC chose him from over 350 business owners to be their small business success story. He was interviewed on tv, radio and in newspapers. He was a speaker at the Governors Entrepreneurship Summit.

His business was growing, but something was missing. He had lost that primal link between harvesting a tree and using his hands to turn it into a finished product. He finally found the missing link by buying his own portable saw mill. Today, people from all over bring Chris trees, call Chris to saw their trees, pay him to build something with their trees and ask Chris what they can make with their trees. Every piece of furniture or lumber he makes has a story and he can tell them all. Finally, that void left in a four-year olds heart had been filled and the man he grew into was fulfilled.

When not on the road saw milling, Chris calls Tryon, NC home, where he lives with his wife Amy, daughter EliAnna, two spoiled basset hounds and one fat cat. Amy is co-owner of Emerge Multimedia, a web design and digital marketing company. (Yes, she built this website! Contact her to build yours.) Chris, Amy and Ellie are also Officials with the Southeast Gassers Association. In the summertime, they travel with SEGA, experiencing the world’s most authentic pre-1967 nostalgia racing events and family time together. 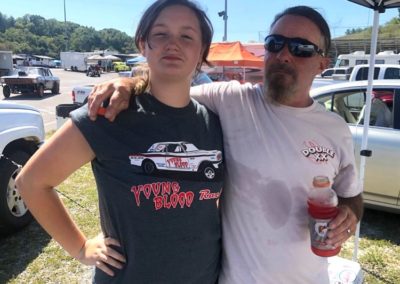 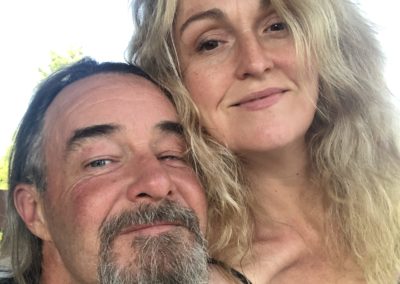 View My Gallery
Visit the Knowledge Center
Contact Me